One of the projects I have been working on for the Rainbow Scrap Challenge this year has been making Glorified Nine-Patch blocks. I started out hand piecing the curved seams in the blocks, but didn't enjoy that part and ended up doing all the stitching by machine.
My blocks had been neglected for a few months, but I pulled them out over the weekend and got back to work on them. There were four sets with the center 9-patch already pieced, just waiting to be trimmed and get the backgrounds added. That was the first step to get done. 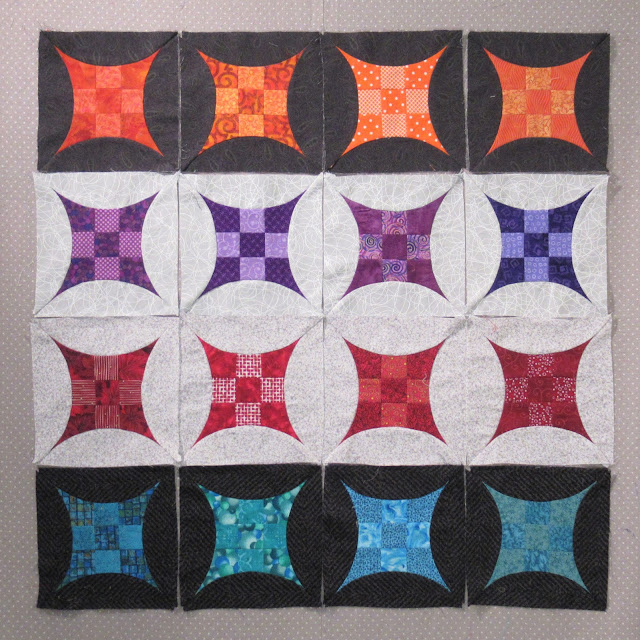 After those blocks were finished, I pulled out my fabric scraps and pieced the center 9-patches in a few more colors. I believe these will be the last sets of blocks needed for this quilt. They will all be getting dark backgrounds added. 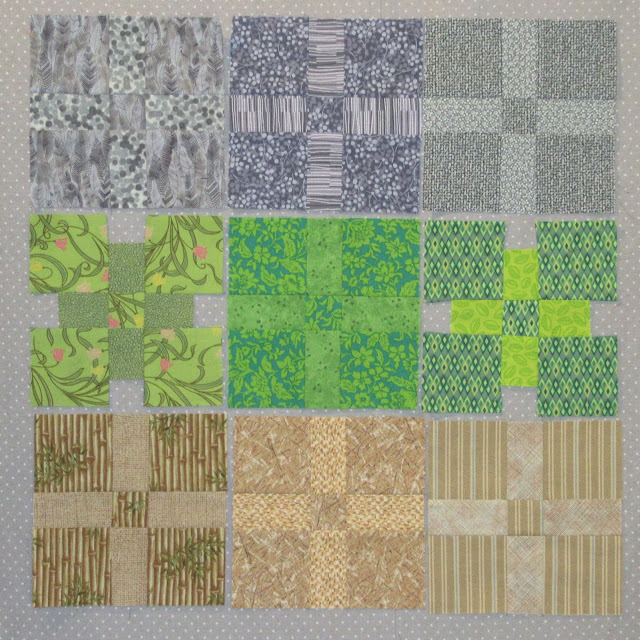 You may have noticed that the middle segments in a couple of the green 9-patches don't reach all the way to the outer edges. I was short on fabrics for those areas, but it won't matter when they get trimmed down to add the curved background pieces.
My Glorified Nine-Patch project was inspired by a pattern I found at American Patchwork and Quilting. You can see their version HERE.
Check out what other quilters are working on this week:
Design Wall Monday at Small Quilts and Doll Quilts
Monday Making at Love Laugh Quilt
Happy quilting everyone!