The current set of blocks on my design wall began life back in the summer of 2013. I had made a pile of 6" nine-patch blocks using yellows and golds with blue centers. 20 of those original blocks were joined together into this cute little quilt top (which is still waiting to be quilted.)

There were still several leftover blocks plus some already-cut squares, and they all moved around from place to place in the sewing room over the years. I ran across them again in January and decided it was time to do something with them. I turned the 9-patches into Sister's Choice blocks with blue star points around the outside of each block. Here are a few of my favorite blocks. 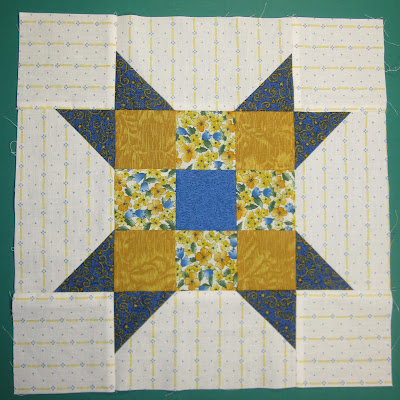 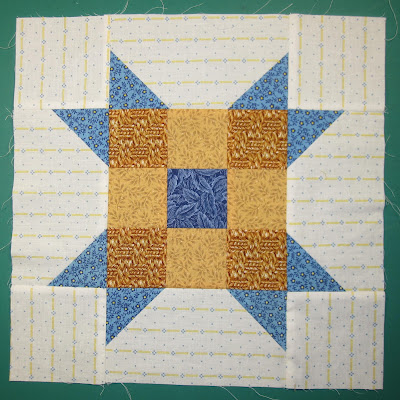 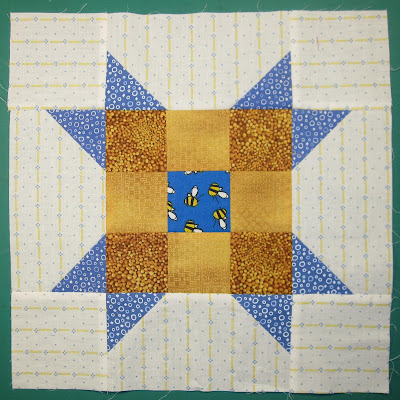 The next step was to audition sashing and cornerstone fabrics. I looked at several different options for the sashing and have it narrowed down to one of  these two blue prints. There are three choices for the cornerstones in this shot, and the darker blue along the left end and top will be the outer border. 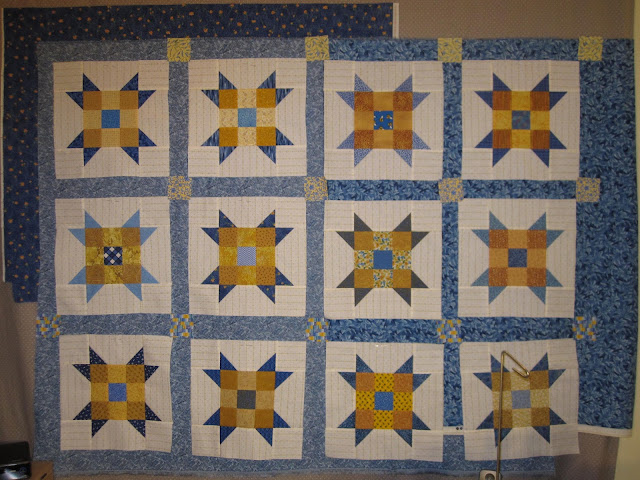 I'm linking up to Design Wall Monday at Small Quilts and Doll Quilts, Monday Making at Love Laugh Quilt, and Moving It Forward at Em's Scrapbag. Check out all of them for tons of amazing quilting inspiration!