There are always so many quilt-alongs and mystery quilts on-line that I read about and would like to join, but I know I can't do them all. However, sometimes one comes along at the right time that proves to be irresistible. The Disappearing 9-Patch QAL by Julie Cefalu at The Crafty Quilter proved to be one of those. I discovered the QAL just before I started a week of vacation time at home, and what could be easier than 9-patches? Count me in!

The most difficult part of this project was deciding on my design and fabrics. A photo in one of Julie's posts showed her blocks in a rainbow of colors, and that idea was very appealing to me. Instead of using a charm pack, I pulled a group of fabrics that I have been saving for just the right project for many years. They are the "Inner Light Gradations" line by Debra Lunn & Michael Mrowka for Timeless Treasures. The date on the selvage of the fabrics--2003!! I bought the entire line in 2005 when I was working in Atlanta for the first time. I also returned to the quilt shop a few days later and bought the pastel version of the same group of fabrics. Aren't these beautiful?! 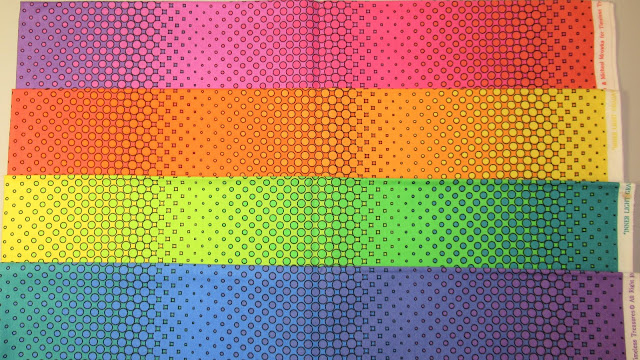 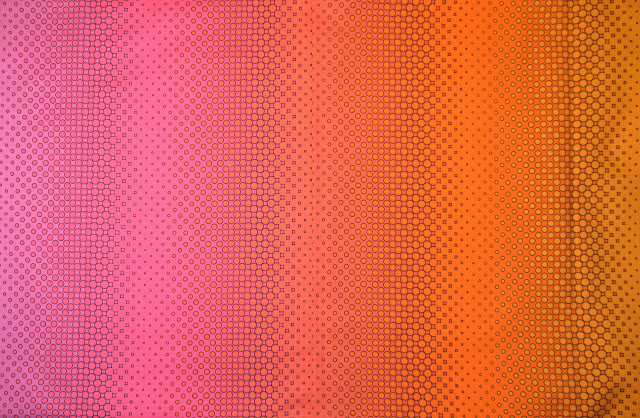 For my D9P quilt, I decided to scale down the blocks and work with 3.5" squares, rather than the 5" charm squares in Julie's version. I chose a black print as my contrast fabric to set off the rainbow prints. I made a sample block before cutting into all of my precious fabrics. To maintain the direction of the print, I rotated the squares around the center when making the 9-patch block. Here is my first 9-patch before and after cutting it up. 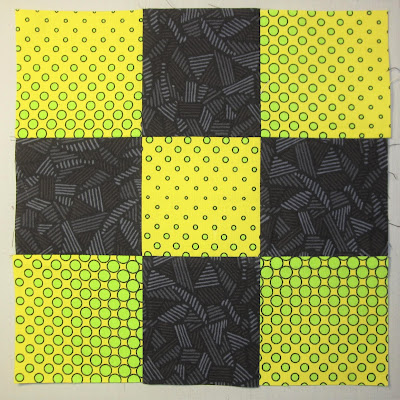 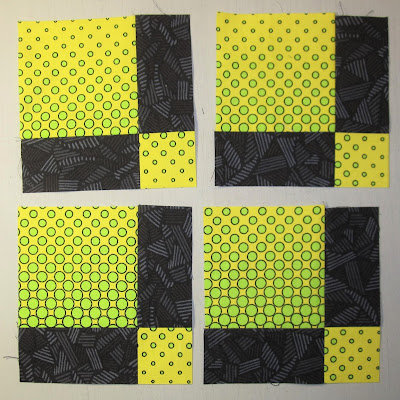 For most D9P quilts, after the 9P block is cut into four sections, they are rotated to end up with the small squares toward the center for two sections and at the outer corners for the other two sections. This makes a block that requires very little matching of seams. The following example is from The Crafty Quilter.

Instead of joining my units in this way, I wanted to keep them all facing the same direction. I had seen a tutorial for a quilt made this way at Jo's Country Junction. She refers to it as Self-Sashing Disappearing 9-Patch. Here are some of my blocks up on the wall in this layout. 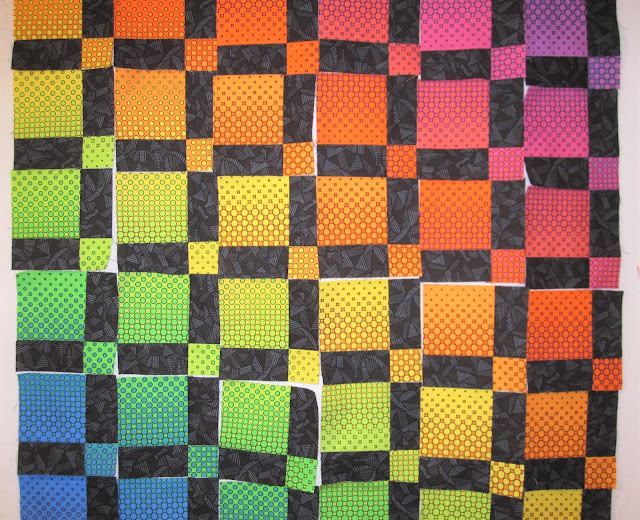 When it was time to join the blocks together, I did it in sections to avoid having to stitch so many long rows together. I divided the quilt into approximate quarters for this process. I also added rectangles of the black print and small squares of the colors along the left side and top edge to complete the sashing design. You can see that the upper sashing is separate along the top edge. This photo shows the lower left corner completely assembled, top left has the blocks joined into rows, and the  blocks on the right side have not yet been joined together. 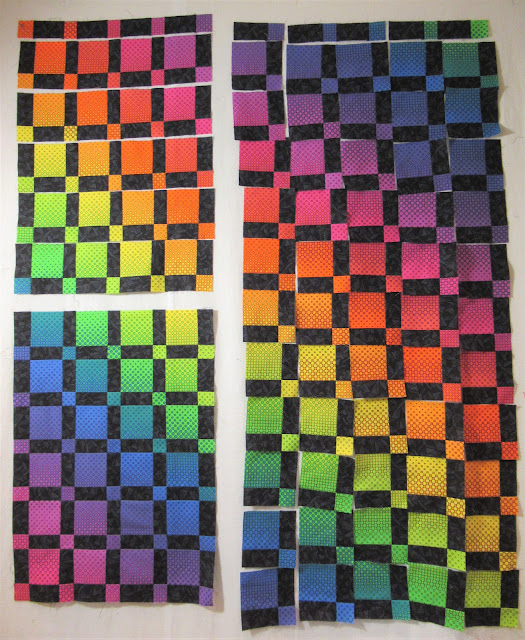 Eventually I had four sections, which then became a finished quilt top! 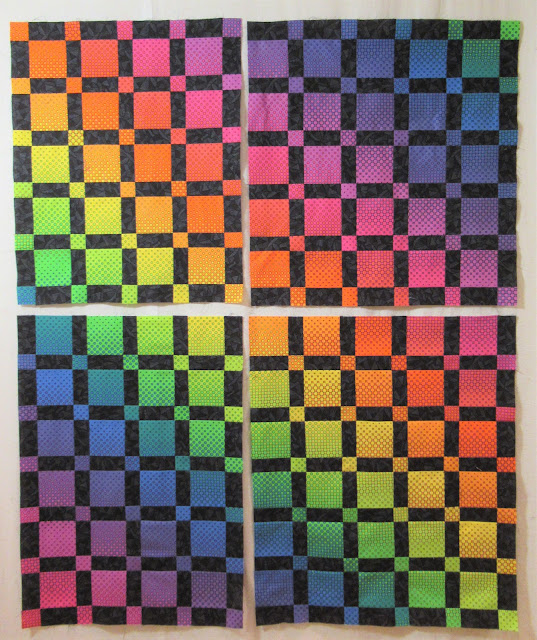 This little top will make a great baby quilt. I need to find the perfect flannel print for the back (my favorite finish for a cozy baby quilt,) and then I can get this beauty quilted up and finished!

Thanks to Julie at The Crafty Quilter for the inspiration with her Disappearing 9Patch QAL. I'm looking to forward to seeing all the different versions that have been shared. I'm also linking up with Let's Make Baby Quilts at Michelle's Romantic Tangle, Whoop Whoop Friday at Confessions of a Fabric Addict
and Finished or Not Friday at Busy Hands Quilts.